Review of Night of HOPE Fundraiser 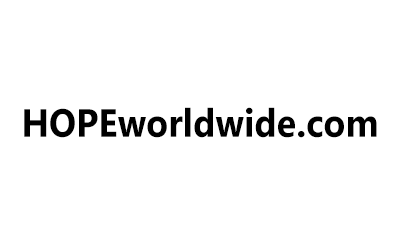 Night of Hope a Great Success Below is a review of a recent event in Billerica, MA hosted by musician Julie Kinscheck that benefited HOPE worldwide’s programs. This “Night of Hope” was a wonderful time of singing, learning and sharing and the review below was later written for the Billerica Minuteman.

Billerica, MA – On Saturday, February 20th, 2010 the Bennett Library was overflowing with spirited music, delicious feasting on desserts and good conversation, but it wasn’t just a swell party! Numerous people from the Billerica Community and surrounding towns attended and generously gave over $600 to support HOPE worldwide programs to help orphans of Aids in Africa and a vital medical mission for children in Hondurus.

Singer/ Songwriter Julie Kinscheck hosted the event and also played a vibrant set of original songs interspersed with tearful stories of “precious” children and her characterist vocal improvisation (SCAT). Her band included her husband Ralph Kinscheck on Keys, Johnny Vicaire on Lead guitar and a host of back up singers! The theme song for the evening was “Hope For the Children,” a song Ralph and Julie had written several years back inspired by HOPE worldwide. It is recorded on their The Force CD with the band PTB released in 2006. Kinscheck pulled in a wonderful collection of other artists to share the bill including: Suzanne Clark, Alan Roscoe, Dana Schmitz, Dwayne Burgess and Rebekah and Will Cox. Dwayne brought down the house with his sweet soulful version of the classic “Always and Forever.” Ken Col was the MC and used humor to tug at everyone’s heart for the cause. But the audience really turned to butter after the heart-wrenching presentation by Walter Kotkowski from HOPE worldwide and the moving sharing by Jessica McClellen, a nurse who had just returned from the mission in Hondurus. Their stories of children in horrible conditions, without shoes, facing disease mostly without doctors or medicine made all grateful for American availability of top notch healthcare. The Night of Hope certainly was a great beginning for what we hope will become an annual Billerica event! For more information see: www.julieksings.com.