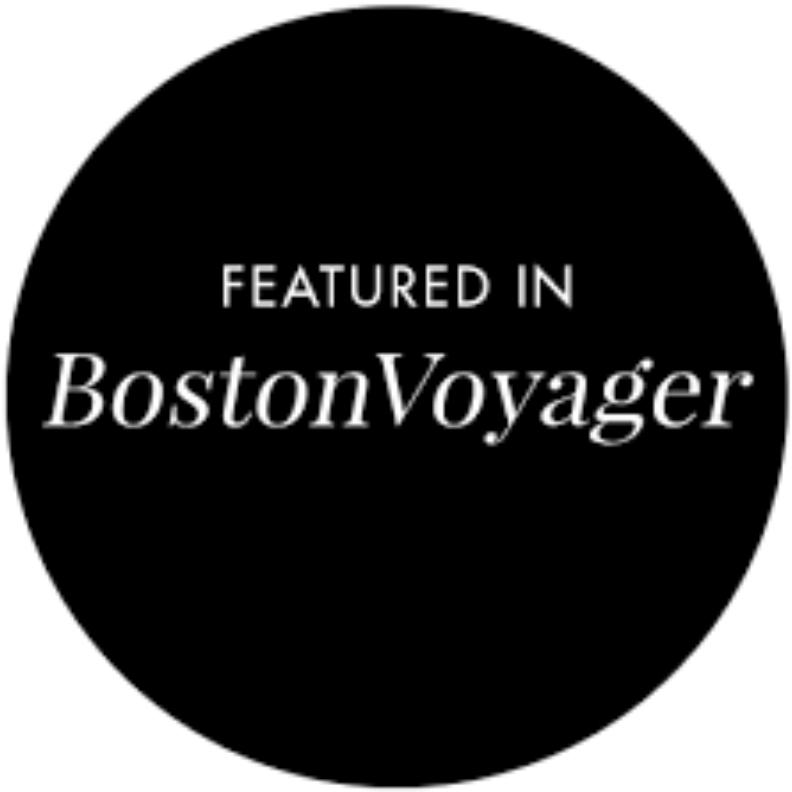 Meet Ralph and Julie Kinscheck of Kinscheck Productions in Billerica 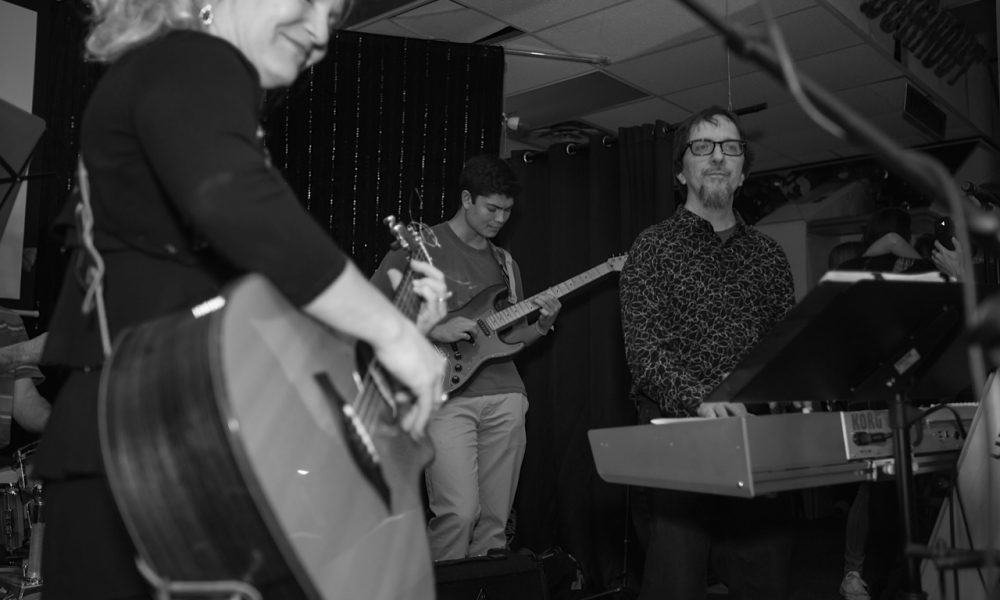 Today we’d like to introduce you to Ralph and Julie Kinscheck.

Julie and Ralph have been doing music all their lives and this is their story! They make a living in music. At Kinscheck Productions they write it, play it, produce it, record it and pass it on!

In their early years, they were building individual careers for quite a while before meeting up at Berklee College of Music as students and eventually graduating at the same time. Ralph had been in several locally successful rock bands in both Chicago and Boston; winning Battle of the bands, promoting their singles, getting press. Julie had toured Europe and later been chosen one of the most promising new songwriters by the National Academy of songwriters; She had even almost been picked up for a record deal by ABBA’s producer in London. They both had big dreams. They were paying their dues and learning the business!

Ralph played in a band called Ferix which received much airplay around New England, producing a song “Bring the Children Home” for a National Organization for Missing and Exploited Children. The single garnered much airplay and press, especially in the Rhode Island area. He released another EP under the name Rocks that also charted in the Boston area. Ralph currently works as Producer, Engineer, writer and keyboard player as Ralphykeys.com.

But God’s plan brought Ralph and Julie to Berklee College of Music in Boston – at the same time. They played on a few shows and studio projects together in school before they were even friends, having no idea of the partnership that was ahead! Seven years after graduation, a mutual friend helped them get together through the arts ministry of what became their church. Today, 24 years later, they still play there together on Sundays as part of the Worship Band. Prior to getting married they played together in a country band, “Timber Wolf”. At the time, Julie was the staff Country Music reporter for the local music magazine: New England Performer.

After getting married they played together in several bands (Sound Doctrine and PTB among them) around Boston and New England. You can still hire them as the Jazz duo: Moon Glow, or the larger Julie Jazz for local functions.

They also lead an original Christian band called LIFLIGHT with which they released their latest CD: Let My Light Shine (2014). Other side music projects include Ralph’s electronic music and freelancing as a progressive rock keyboardist and Julie’s solo acoustic gigs at restaurants, parties and nursing homes and finally children’s parties as “Happy Julie”. The newest addition to the KIP entertainment offerings for hire is the a cappella group: The Harmony Jewels! To make a living in music you often need to be versatile!

Kinscheck Productions was originally the brainchild of their friend and mentor Richard Fischer. He had hired them to work as Summer Camp Music Coordinators. They produced various concerts, talent shows and marvelous thematic videos for the Preteen Kids that went to these summer camps over a period of 7 years from 1998-2005. From the theme songs written for these camps, they produced their first CD, The Force, released in 2007 on their independent label, Jharck Records. They performed the CD release concert at the camp to about 300 preteens and 100 adult counselors. Their work with youth is still a very important part of their vision for Kinscheck Productions.

After their first release, they poured a bunch of money into building a home studio originally called: “The Shed” because it was supposed to have been built in their shed! They then produced a second album: “Grace With Jazz On Top” in 2008.

In addition to playing weddings as a band, doing clubs and concerts as an original group and the video productions for the summer camp, They also built a lucrative Wedding Video Business. KIP Video started in 1999 and lasted 10 years, unofficially ending around 2009. At the beginning of that period, was when the name Kip – Kinscheck or (KI) Productions was started. Even though the wedding business is currently on hiatus, for the right price and situation, we are still available to produce a great wedding experience with either band or video or both.

Concurrently, Ralph worked as a Video Producer for Berklee College of Music and spawned a Teaching Business, getting Certified as a Final Cut Master Trainer by Apple Computers. He followed that up with a Certification as an Apple Logic Master Trainer and began traveling up and down the East Coast from Florida, to Philly to New York to Boston and back again teaching Apple Classes to professionals.

Around that same time, Julie began a home teaching business specializing in Guitar and Voice instruction which thrives today under her own sub-business Julieksings. Students from ages 5 to retired receive instruction and get to perform in by-annual student shows. She has begun teaching workshops and seminars utilizing her new curriculum “Vocal Training for Praise Singers.” Her student range from beginners to touring professionals. More information about lessons at www.Julieksings.com.

Ralph has also worked on staff at Berklee since 1999, and now includes teaching Online at BerkleeOnline.com, teaching: Producing Music with Logic. He has also taught seminars/workshops while supporting the current faculty and students in their college studies. He currently supervises and provides 3rd Tier Support on 100s of software and hardware musical, computer and technical equipment.

Future plans for Kinscheck Productions include a brand new recording studio, currently in construction; complete with vocal booth and a new teaching studio! Slated to open early in 2018.

More original music from electronic to jazz to Christian to progressive rock! Plans are also in the works to expand the production company to start producing promising new acts as well! Music matters in this crazy world. It gives people hope, a means of expression and joy. Ralph and Julie want to keep sharing it, teaching it and passing it on for many years to come! Maybe you will be the next star recorded on Jharck Records!

We’re always bombarded by how great it is to pursue your passion, etc – but we’ve spoken with enough people to know that it’s not always easy. Overall, would you say things have been easy for you?
As solo and band artists both Julie and Ralph have gone through all the travails that beset many musicians trying to make their way in the business. Playing clubs to little or no people, rain, snow cancelations, not getting paid, or having agents or club managers keep your money. Having problems selling CDs or not getting favorable reviews.

Doing weddings is challenging work, and keeping that business going over the years eventually led to the current suspension of that service. We have fought to get paid, working with the rare “bridezillas” to just the physical challenges of not eating much all day while running around and trying not to blink when that special moment happens – the wedding videographer never sleeps.

As the video producer at Berklee, that position was little hours, and eventually was dropped and passed to another group of people.

Julie’s teaching business is a continual ebb and flow as her students tend to be moms, dads, professionals in other fields and children, all of whom may decide at any time that music lessons aren’t a high priority. Many times students don’t cancel their lessons in a timely fashion or quit out of the blue. This is our “Paycheck” so when that happens, she needs to immediately find another student to fill that time slot.

Trying to build the business while raising a family of twins, while holding down “day jobs” and juggling social and church life also presents obvious challenges.

Ralph’s health took a serious downturn for years, let led to reduced energy and time to do free-lance work, but God has been good to us and we have always managed to put food on the table. Over the last couple years both Ralph’s and Julie’s teaching life has grown to a sustainable level and is finally seeing the fruit of years of building.

We are both known as players, performers, that we play original music, and that we are teachers. Julie is also very well known as a heart led Christian artist, dedicated to getting the message of Love out to the masses.

The main thing, as a business, that sets us apart is the family approach, the personal and direct attention you get from us.
We are also parents who understand the dedication, love and time it takes to raise children, which i think is a very valuable and relatable commodity that comes out in our music and our teaching. We are raising two very vibrant and talented children.

We are a small business by every definition and a partnership in every way, although many times we work independently.

Has luck played a meaningful role in your life and business?
I don’t necessarily believe in luck as much as that God has a plan for everyone. We all have those God=given talents and how we use them determines how we do in life. Even the term “success” which i feel we are continually defining, can vary depending on your outlook.

Even though i don’t think we are where we want to be, some goals have not been met, but we always hold out hope that one day, one our songs will catch fire and become something “big” In the meantime we will continue to enjoy writing, recording and performing our music and getting it out there.

All in all, i would say the “good” luck, or God’s blessings, has been with us throughout, as mentioned before, despite sickness and getting older and having less time and energy to devote to all the things we enjoy, we still are able to do most of what we want to do and are not really lacking in anything that is necessary in life. 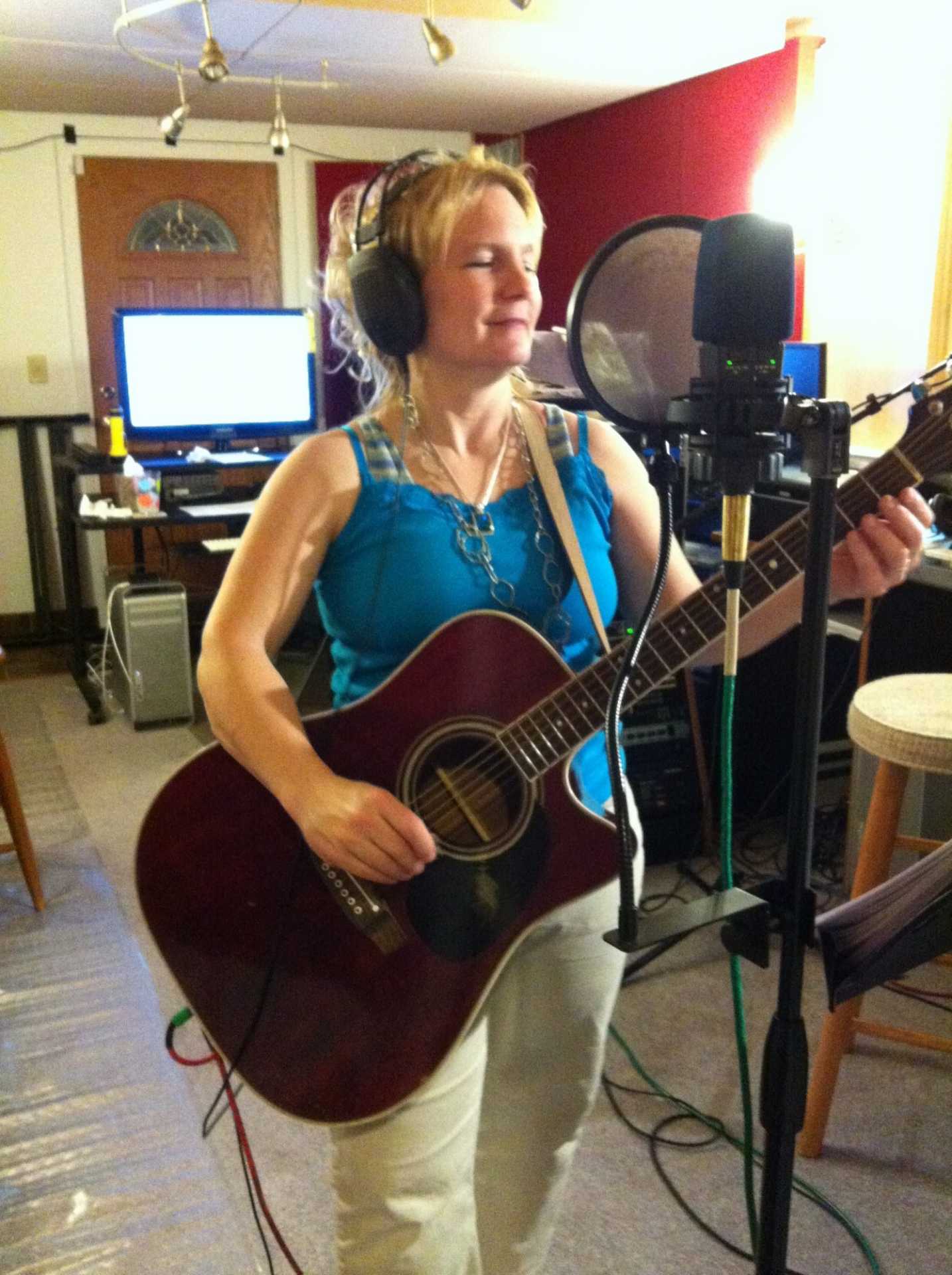 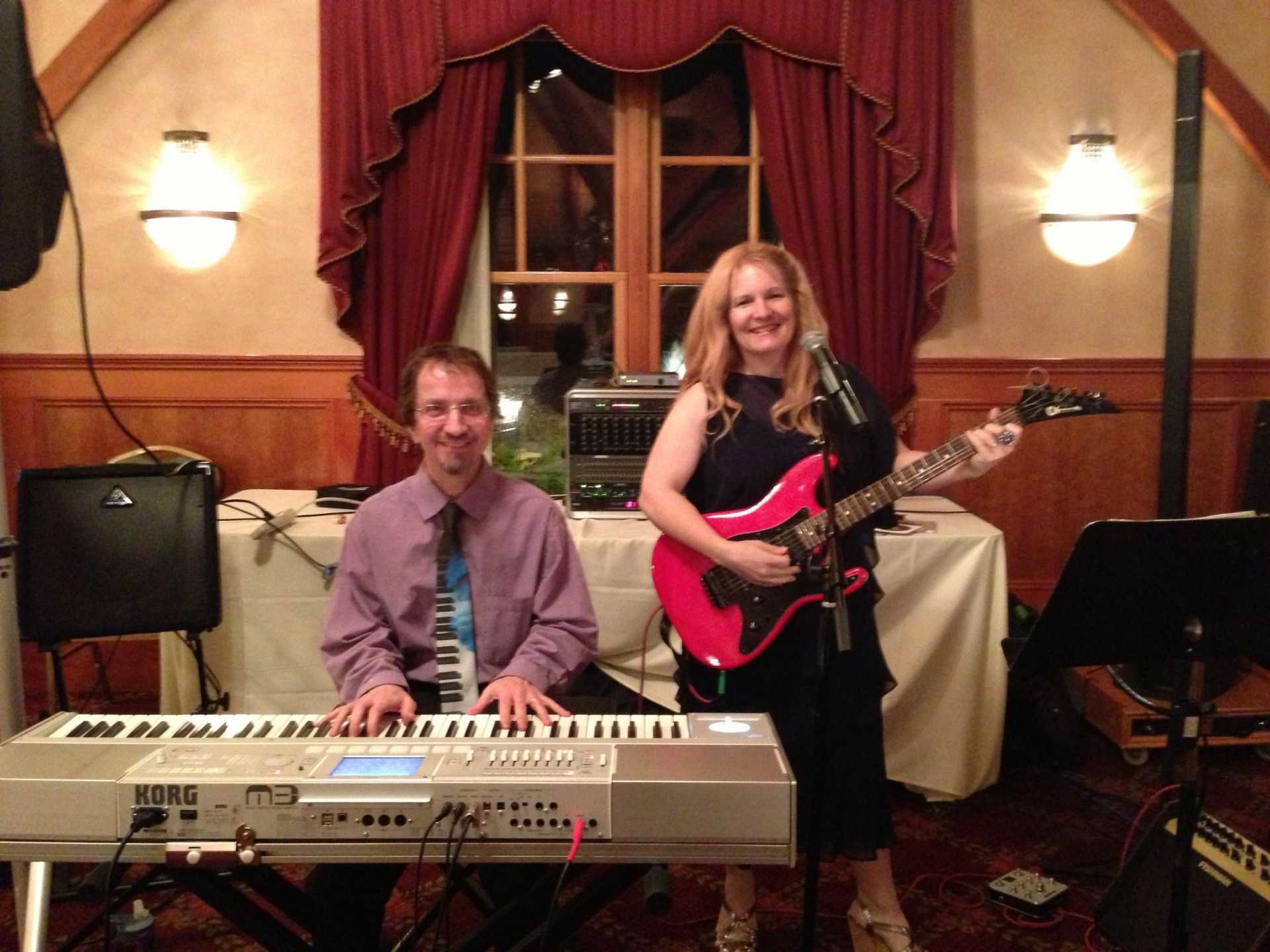 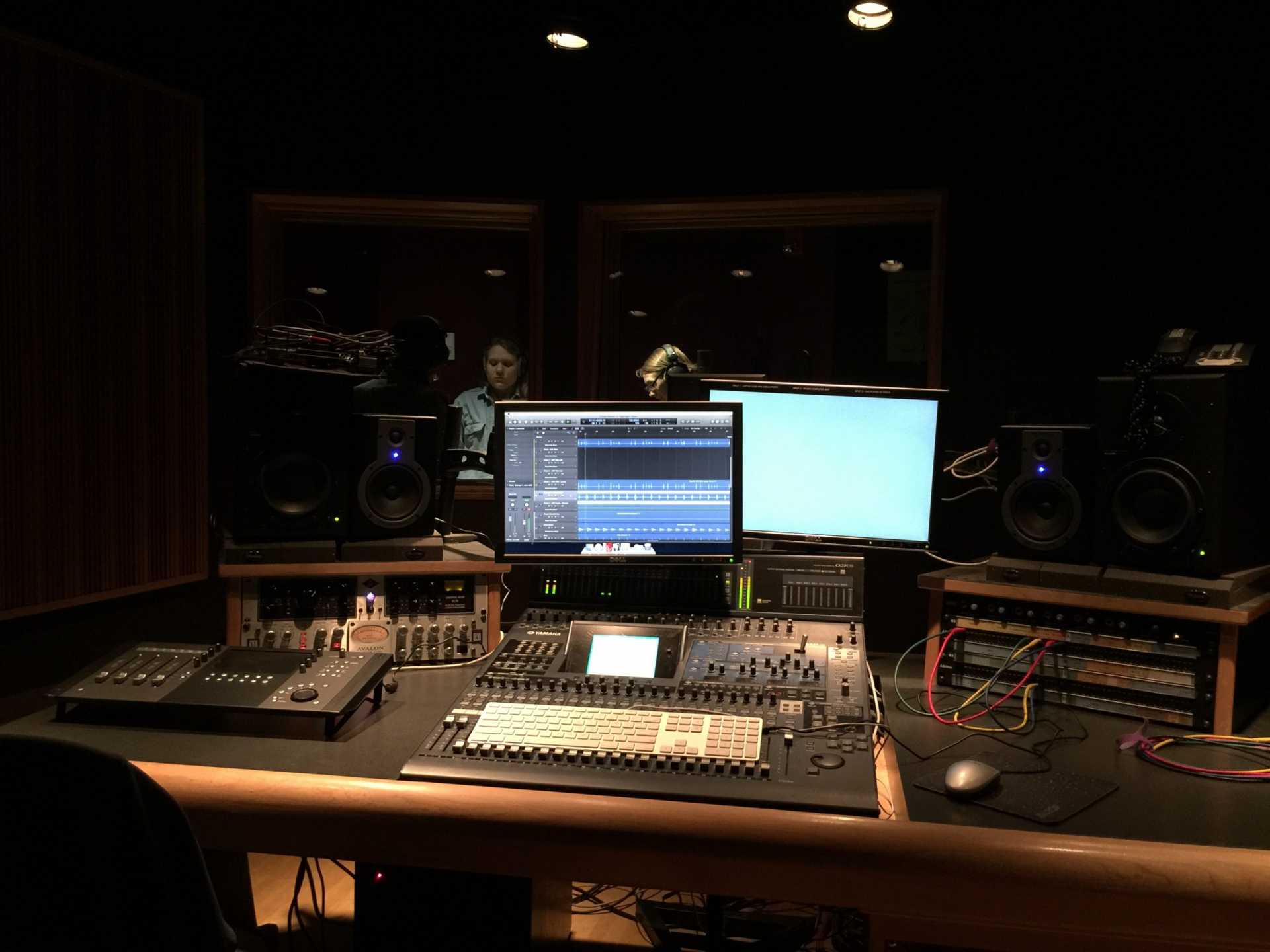 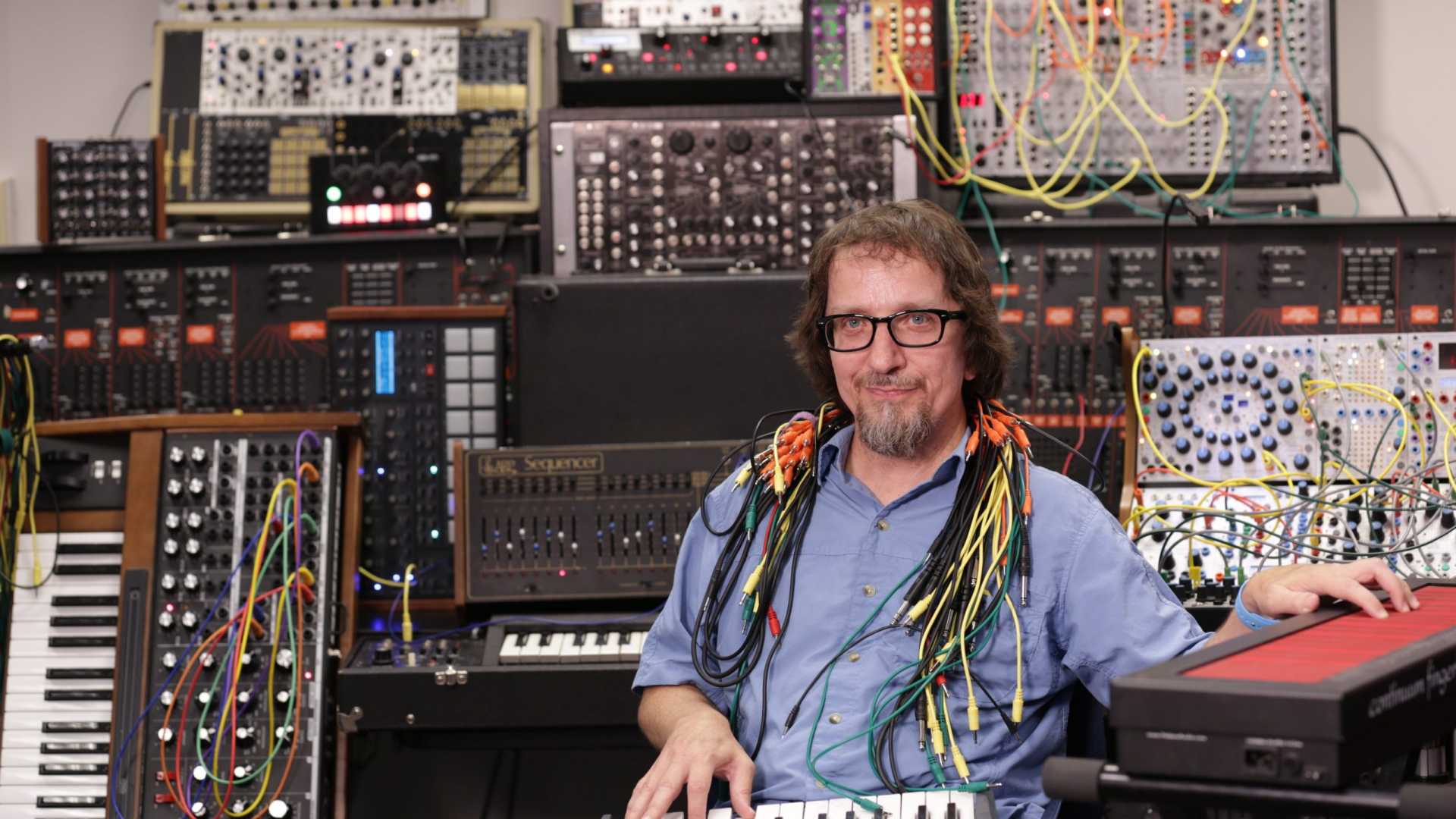