We are hearing a lot about how divided our nation is lately; and before you take sides and keep dividing us further, let’s ponder the nature of division itself.

Don’t you like when things in your home are organized? Everything in its place and a place for everything, right? Once in a while we go through our stuff and decide which things are warn out, too old, we don’t care about anymore and we either trashthem, give them away or sell the rejects. 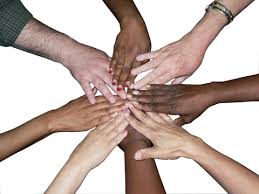 What about music? Do you like classic rock, country, jazz, opera, rap, psychedelic gothic indie SKA? (I just made that one up!) sometimes I hate how divided music is! I love when artists crossover from country to pop (Taylor Swift) or Rap to Gospel (Kanye West) or Christian to pop (Lauren Daigle)… The great Aretha Franklin is known as the Queen of Soul but also sang many great Gospel covers! But one of the great criticisms of my original music is the difficulty people have in defining my genre. Frankly, I have had a hard time doing that too! But us humans, we like to categorize things! It’s easier to market it when it fits neatly in our little boxes.

Every day we make millions of little decisions. Which flavor ice cream shall I eat? Butter pecan or coffee? Yum either way! Or “Should I get those beans? They look a bit old!” “Do I feel like the blue Doctor Who Exploding Tardis T-shirt today or the beige Newsboys “God’s Not Dead” t-shirt? (Learning a lot about me today, eh?)

We also make larger decisions, “Should I take this job?”, “Marry this man?”, “Move to this city or neighborhood?” , “Pursue this career?”

But no matter the decision we can only make it based on our current life experience or possibly our personal research and maybe some advice from trusted people… and prayer.

I will not always make the same choice as you will. And often, that won’t matter. What do you care if I choose coffee ice cream today? Unless you grow coffee beans for a living and brand of ice cream I chose buys its beans from your coffee plantation! Now you have a vested interest in people eating coffee ice cream and drinking coffee. You might even fight those voice teachers like me who say that too much caffeine is bad for your vocal cords! 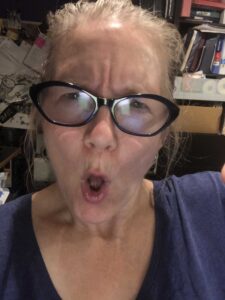 We all have vested interests, especially when it affects our livelihood, our close friends and our families. When I was a young woman, still going to school at Berklee College of music in Boston, I used to take the T a lot.  The “T” is the Boston subway system. And when I ran a bit short on cash to pay my rent, I would take my guitar down to a T station, open the case and sing to earn some extra coins. One night I was playing at Washington St. Station. It was a lucrative night, my case was bursting with quarters as I hopped back on the train to Jamaica Plain where I lived. I got out at Stony Brook station on the boarder of Roxbury and JP. From there it was a short walk home on the JP side. It was about 11pm and no one else could be seen in the station when I got out.

Just then I noticed a quarter trying to escape from a crack in the guitar case. I hurried to the bench to adjust the buckles and keep my precious quarters contained. Seemingly out of nowhere I got approached by a young man. He seemed polite at first, “ Can I help you?” He asked. So I turned to face him and in a flash he was gripping one arm with knife pointed into my other shoulder. Our faces were very close. “Give me all your money!” He demanded.

You never know what you would do in a situation like that until it happens. I looked the fellow in the face and said evenly “You don’t want to do this. I’m just a poor musician trying to make a living playing in the streets.” I guess he didn’t expect the confrontation, because he dropped the knife and walked away swearing under his breath!

I rushed up off the platform and found the guy at the ticket booth. He called the police while I tearfully called my boyfriend. I described the guy to the police, a young black man in a jeans jacket.

Another Time I was walking in my neighborhood and not paying much attention looking down at a book (Today it might have been my iphone) when someone tried to snatch my purse. I held tight and he ran off. Another young black man tried to steal from me.

From my personal experience there are some conclusions I could have drawn. I could be scared of young black men. I could mistrust all blacks or assume they are all thieves or violent. These two men were. But that is not the conclusion I drew. I did decide to be more careful about going out alone at night and paying attention when I was walking, keeping aware of my surroundings. I have also been known to grip my keys rather tightly when I sense possible danger.

But something else also sprung up in me: compassion.  These experiences may have contributed to my later decision to teach music in some pretty rough neighborhoods, to build bridges with music. Even now I teach in a school for kids “At risk.” They are not all black, but they are all hurting and tend to lash out.  But why didn’t my experience lead me to racism? 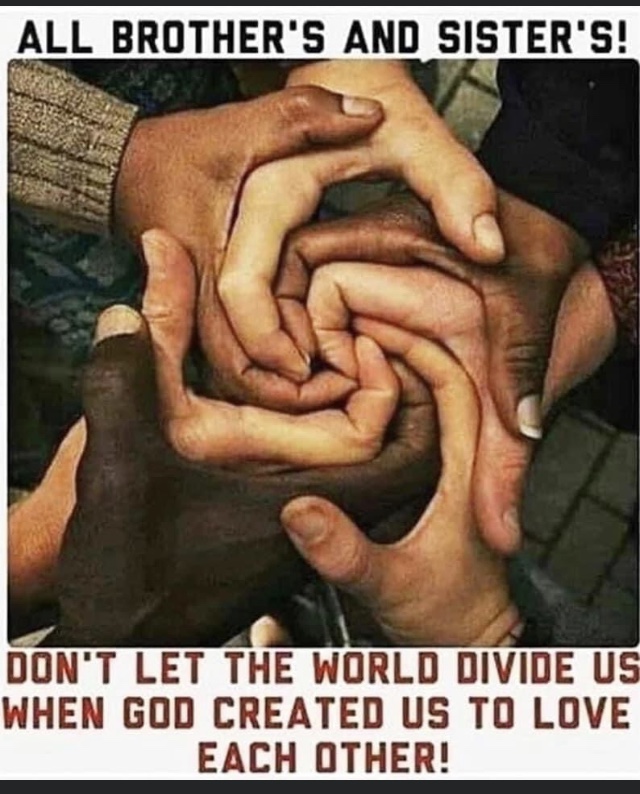 My upbringing gave me a different perspective. I grew up around people of diverse backgrounds. I was taught early that we don’t judge a person by their skin color. I studied and jammed and worked with numerous young black men who were my friends and peers. I respected them and loved some of them dearly. In the music industry, many black artists were my heroes. But what if those two black men in my neighborhood had been my only experience with black men?

I am NOT excusing racism. I am also not excusing the two men who attacked me. They obviously judged me, little white woman, as an easy and worthy target. But what did they learn from their peers? Who told them that people like me should be their victims?

Division. Some is good. I am happy the grocer separates the red potatoes from the Idaho potatoes, it makes it easier to shop. I prefers Red Bliss potatoes and that is my right. But when I get those little potatoes in the bag all different colors- yum! I love those! Culinary experts will tell us that a meal is more appetizing if there are multiple colors on the plate. Nutritionist claim that eating vegetables of various colors gives you a broader spectrum of vitamins and minerals. Besides, I love texture in my salads too! Give me nuts and avacados with my greens and cherry tomatoes- add some goat crumbles! Now you’re talking! 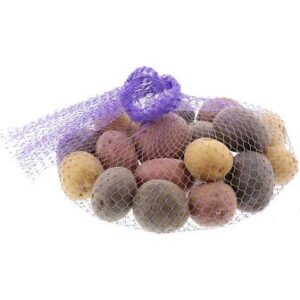 So how do we distinguish between good division and bad? Respect and value. We must value our fellow humanity enough to show them respect and allow them dignity. God reminds us that there will be no divisions in heaven. Jesus prays for us all to be united as he and God are united. But it sure helps to know a variety of people from diverse backgrounds, through work and especially church as an example. As we get close and listen to each others’ fears and struggles we begin to see where we are the same.

Unlike beans and apples, we are more the same than different. We are more like those little colorful potatoes that go together so well. We are all humans, children of God, holy and dearly loved. If that is our foundation we are in a much better place to work out our differences- whether skin color, political party or religion based.

One more thing, when I was held up at knife point, I had not yet given my heart to Christ, but I do believe he had a guardian angel protecting me. The only way I can continually love others, any others, is when realize how much grace I have received. I am in myself demanding and condescending, jealous and boastful, insensitive and aggressive; And completely blinded to my own faults. Through the mercy and love of Christ I have held the mirror to my soul and seen who I am without him and the ugliness is horrid. But since I have received such grace, I must extend it to others.

Colossians 3:13-14 NIV
[13] Bear with each other and forgive one another if any of you has a grievance against someone. Forgive as the Lord forgave you. [14] And over all these virtues put on love, which binds them all together in perfect unity.