Music is a Window into Singer’s Heart 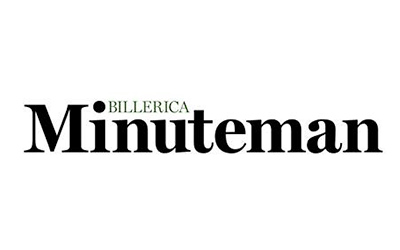 Music is a Window into Singer’s Heart

Julie Kinscheck, the self-proclaimed Queen of Scat, sings about it all because it all has touched her life and her heart.

“Grace with Jazz on Top,” her debut album, is a contemporary Christian CD that, according to Kinscheck, “is not in your face Christian”. The title cut, “Grace” speaks to the need by all people for mercy from friends, spouses and God for our humanness.

“As a people, we need to cherish every day and the relationships we have today because we are not promised tomorrow,” Kinscheck, a Billerica resident said

Kinscheck’s debut CD will be released in April. On Friday, Feb. 29, she will sing at the Jitters Coffee House in Southington, Conn.

“I hope it is the first of many solo artist CDs,” said Kinscheck. “I hope people will love it.”

In addition to singing and songwriting, Kinscheck holds guitar classes at the Billerica Recreation Center, and has 15 private guitar and voice students. Two of her students, Will Cox and Kelly Duffy, have learned much from her.

“I probably would not have had the courage to do it if I hadn’t had her support and training,” said Duffy, who performed “My Funny Valentine” at American Idol Camp.

Duffy wants to see how far she can take this and hopes to pursue a singing career.

Kinscheck’s love of singing and performing began at age 9 when she started writing her own songs, hoping to be discovered. She attended the Oberlin College and Conservatory in Oberlin, Ohio, before transferring to Boston’s Berklee College of Music. She graduated with a Bachelor of Music and won many awards for her skilled songwriting and jazz singing. Her influences included Joni Mitchell, Bonnie Raitt, and the Beatles.

Kinscheck came to her talent honestly. Her father, Paul Gibbons, was a baritone singer who sang in operettas back home in Ithaca, NY. Her mom, Polly Joan, sang comedy parts in musicals and published several poetry books. In addition to performing, her parents were passionate about helping others. Her father, a minister, was an activist during the Vietnam War, while her mother wrote a book about preventing teenage suicide.

“My parents instilled in me a desire to make a difference and chose to do it through their music,” said Kinscheck.

Kinscheck was a part of folk groups in the 1970s and pop rock groups in the 1980s. She started her own band, Centerpiece, which sang at clubs and weddings. In 1990, she went solo, singing at clubs such as Johnny D’s in Somerville or The Middle East in Cambridge.

She desperately wanted to be discovered but unfortunately only came close, almost getting picked up by Warner Brothers and Sony Entertainment.

Then trouble hit. At the end of 1990, she lost her voice. Her band went their separate ways. Her boyfriend, David, broke up with her. “I didn’t know where my life was headed,” said Kinscheck.

Then an angel was sent to her from a very unlikely place. Her favorite guitar player, Jim Peterson, a classmate at Berklee, began

“The mirror of the Bible came up to my life and I had to pay attention,” said Kinscheck. “Then it was about me and God.”

For the first time, Kinscheck met people who cared who she was and not what she was. She made her decision to be born again and was baptized on Jan. 6, 1991. Miraculously, six weeks later, her voice healed and she sang at the Wang Center for a standing room only. It was then that she made the decision to become a contemporary Christian performer.

“From then on, I decided that I didn’t need or want to do it alone anymore,” said Kinscheck. “That I would glorify God and not just me.”

Shortly after, Julie and her husband Ralph, were married. They had met at Berklee eight years beforehand but became friends when he joined her church, Boston Church of Christ. Ralph is the producer, engineer and main piano player on this CD. The couple are currently directors of the pre-teen ministries at their church.

Eight years and a second round of invitro fertilization later, the Kinschecks became proud parents to beautiful twins, Hannah and Caleb. In the song “Precious,” Kinscheck serenades the two tiny lives waiting to be born. She reassures them that “Nothing could become more precious than how you’ve become for me. My life will never be the same now that I hold you in my arms and I call out your names. My precious little babies.”

For additional info on her other performances, visit her website at www.julieksings.com.Among other things All Julie, information about how to pre-order her CD can be found there too.